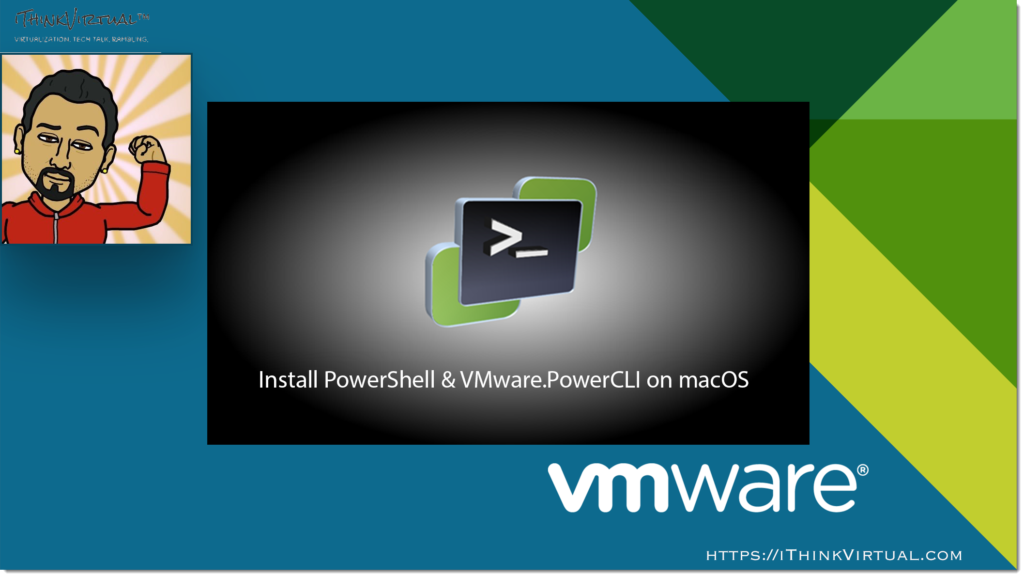 Just a few days ago, PowerShell Core v6.0 was released for Windows, Linux, and macOS systems.  Alongside this release came the release of VMware PowerCLI 10.0.0.78953 which is VMware’s own “PowerShell-like” utility.  In this post, I am going to show how to install both on to a macOS system.  Let’s get to it!

There are a few prerequisites needed before PowerShell can be installed on macOS which I will cover, and they are as follows:

Per the instructions on the Homebrew site, copy and paste the following command into a terminal window to install Homebrew.

This will prompt you to press Enter to continue and the prompt you to enter your password.  It will also check if Xcode command line tools are installed, and if not, it will download and install it for you before completing the installation of Homebrew. Nice!

Now, the next step is to install Homebrew-Cask and per its sites installation notes, copy and paste the following command into a terminal window.

Great!  With the prerequisites complete, it’s time to install PowerShell Core 6.0.1.  Run the following command to do so and enter your password when prompted.

Awesome!  Now, to launch a PowerShell session in macOS, enter the following in terminal.

As new versions of PowerShell are released, simply update the Homebrew formulae and update PowerShell by running the following commands in terminal.

While leveraging Homebrew is the recommended installation method, there are alternate methods as well.  For more information on that along with uninstallation commands, please see the following link.

Well, that about does it!  I hope that you have found this post useful and I thank you for stopping by and reading my content.  I’d like to give a shoutout to Mike White for his post on the same topic.  Until next time!

Pingbacks: Installing PowerShell/PowerCLI on a Mac

Install PowerShell and VMware PowerCLI on macOS by virtualex is licensed under a Creative Commons Attribution-NonCommercial-ShareAlike 4.0 International License.